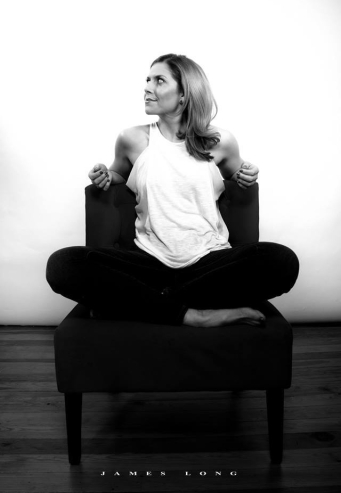 Meaghan first stepped out in front of the camera at age 10 when she modeled, acted in national commercials and worked as a reporter for a kids TV news series on WJAR, the NBC-affiliate in her home state of Rhode Island. Little did she know at the time, that her career would circle back, two decades later…

Upon graduation from the College of Business at URI & with a fresh diploma in Textile Marketing in hand, Meaghan moved to the “Fashion Capital” (aka NYC). Her career really took off at Condé Nast Publications (home to world-renowned magazine brands), where she worked for 5+ years. While wearing many hats, she hustled and helped build the company’s first brand extensions. Maybe you’ve heard of ‘TeenVOGUE Bedding?’ How about ‘Brides DIY Stationery?’ I’m sure you’ve seen the ‘Allure Best of Beauty Sticker’ on products. Those were some of the new business ventures that Meaghan worked closely on with the magazines’ editors. In turn, she helped earn non-traditional revenue (over millions of dollars, collectively) for the publisher during a critical time in the industry.

An opportunity hosting videos for Brides Magazine helped Meaghan realize she had a natural ability to be on-camera, but she wasn’t convinced it was possible to “switch” careers and break into a very competitive one. (Sometimes we’re our own biggest roadblock, right?!). Despite any doubt, she was also doing some personal shopping and visual styling for people on the side. As time and experience (and side money!) would have it, Meaghan eventually felt confident enough to see herself closing in on the next chapter in her career story — to get on-air as a guest expert or host. To hone the right skill set, Meaghan went to work as a men/women’s stylist for admired brands like Bonobos and J. McLaughlin while investing in on-camera media coaching, taking improv classes and eventually a graduate course in Critical Thinking. Less than six months later, she landed a fulltime position as a Co-host of a morning TV talk show in Rhode Island called The Rhode Show. It broadcasts live on the CBS-affiliate and covers news, entertainment, fashion and lifestyle for Southern New England.

In this role, Meaghan conducted interviews in-studio, out in the field and in live satellite interviews, but she also booked guests, produced/shot/wrote/edited segments and stories for TV and social media. Additionally, she appeared as a Style Contributor on the show, in which she leveraged her expertise in fashion/beauty/DIY, as well as her professional floral design background.

After her one year stint in RI, she landed a freelance opportunity at two TV stations in (Market 17) Denver, CO. Meaghan was the fill-in host and a regular Lifestyle Contributor for The Everyday Show, a live talk show on FOX 31, as well as The CW’s live morning program, Colorado’s Best.

Meaghan landed her next gig in (Market 7) Washington D.C. after the CBS affiliate there conducted a nationwide search for talent whom would help launch a brand new live, lifestyle morning show. Meaghan was one of Great Day Washington’s in-studio hosts, as well as their only Lifestyle Reporter who produced all of her own live hits, wrote her own packages and even booked most of her shoots. When she wasn’t running around covering local lifestyle stories in D.C., Maryland and Northern Virginia, she was interviewing a celebrity in town, at a new restaurant’s opening or — planning her next visit home ;). So, appropriately enough, a few years later, Meaghan felt it was time to move back to Rhode Island.

Today, Meaghan is the Lifestyle Reporter, Traffic Anchor and fill-in Anchor for — you guessed it! — WJAR, the NBC affiliate. Her role is brand new for the station and it’s also exactly what Meaghan was looking to do in her home state that she loves (and always talked about on live TV in Denver and DC… whoops!) so much.

When Meaghan’s not working, she loves staying active by working out, taking hot yoga classes and spending time with her adopted-pup, Tilly.  She stays up to date on what’s trending in entertainment, style and lifestyle news, as well as all things Rhode Island. Additionally, her love for travel, food and family keeps her busy with planning her next excursion and dining experience with the people she loves. She also loves working with nonprofit organizations, like the American Academy of Dermatology, Domestic Violence Resource Center (RI), Good Will Industries and a variety of others at specific fundraising events.